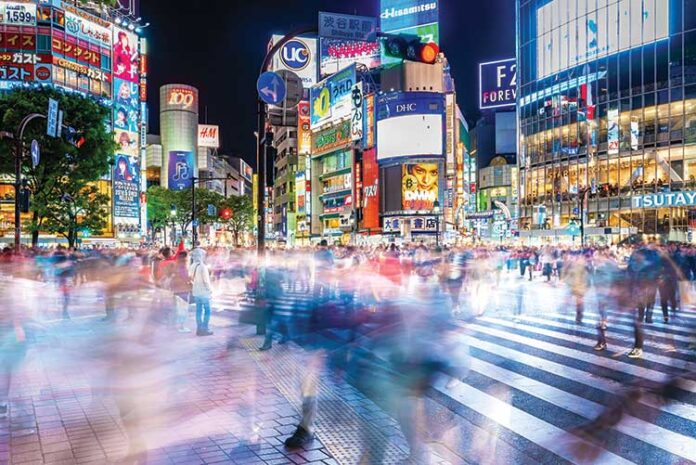 The number of tourists visiting Japan has skyrocketed in recent years, and that trend doesn’t appear to be changing course anytime soon. Over the first five months of 2019, a total of 13,753,600 visitors traveled to Japan. That figure is already 4.2 percent higher than from 2018, a year that saw a record amount of people come to the archipelago.

This tourism boom has altered almost every corner of the country. This includes Japan’s nightlife industry, which has pounced at the opportunity to cater to foreign visitors. Over the last few years, this has resulted in significant changes to how happenings after the sun goes down play out. It has especially ramped up in the past 12 months, as it becomes clear the trend isn’t going away.

New mega clubs have popped up all across the nature, while smaller venues attracting some of the country’s most cutting edge musical artists. Nightlife tours and bar-hopping expeditions have become popular options for visitors coming to big cities. Onsen and other spaces for relaxation have changed to be more accommodating towards tourists. Sites such as LetsGoOut, meanwhile, provide easy-to-use hubs of information.

“With LetsGoOut, foreign tourists can have the chance to experience the unique nightlife culture that Japan has to offer,” site ambassador Mika Nakamura says. “We started in Tokyo and plan to add more and more cities. Imagine you travel around Japan, visiting interesting cities on your way, with LetsGoOut, you can find out which bars, clubs or onsens are open and friendly to foreigners, and visit the places like a local.”

The nightlife situation for tourists is always changing, but now is a good point to dig into how Japan’s nightlife is opening up to the outside world.

Not long ago, clubs and the very idea of dancing were under attack from the Japanese government. Authorities, citing a decades-old law originally meant to curb prostitution, shut down many small spaces across major cities. Forget about opening up to tourists — for a bit, the domestic club community was being devastated by this movement.

Now, those arcane laws have been mostly pushed to the background and Japan’s club scene has bloomed once again. Over the last few years, a new wave of spaces have emerged in major metropolitan areas. Many of them take inspiration from the kind of biggie-sized clubs that emerged in the West following the boom in EDM. Think lots of space, dancers joining the DJ on stage, bottle service and other high-end elements. Alongside these megaclubs, a new string of smaller venues focused more on underground dance music have appeared too.

What both have in common, though, is that they are more than happy to woo tourists onto their dancefloors.

Super-sized clubs aren’t a totally new phenomenon. AgeHa, located on the border of Tokyo and Chiba prefecture, has been going strong for years and remains one of the better destinations for marquee electronic acts from around the globe. The venue has a shuttle bus running from Shibuya to AgeHa all night long, making it possible to actually go to or head home from the space well after the trains stop.

Now though, more clubs have opened their doors in the heart of the city. Warp Shinjuku opens at 7 p.m. everyday, offering visitors the chance to get their night started early, while also offering a variety of VIP packages at reasonable prices. The clientele come from all kinds of backgrounds, making it a good place for those seeking a diversity of clubbers. A few stops down the Yamanote Line is Shibuya’s Club Camelot, an EDM-leaning venue that offers special discounts for international guests on weekdays — including free entry on Tuesdays (as long as no special events are happening).

Perhaps the best example of a club in the capital catering to Western visitors tastes comes from 1 Oak Tokyo. This Roppongi-based spot literally serves as the Asia base for popular New York venue 1 Oak. It features many of the elements associated with clubs popular in North America and Europe — VIP offerings, diverse range of punters, long lines to get in — but what sets it apart is the programming. It features the best hip-hop music in the city right now, including A-list guests such as Future or A$AP Rocky.

These kinds of clubs appear across the country — see Giraffe in Osaka, Club X in Fukuoka and many more that are tourist friendly — and are great for those seeking a big, blown-out night partying. Yet it has also become quite easy to plunge into the nation’s underground dance music scene too, as plenty of smaller spots have popped up that offer a different perspective on having fun. Highlights in Tokyo include Sound Museum Vision (which often offers special discounts or even outright free entry for tourists), Contact and Circus (which also has a branch in Osaka). New outposts keep opening up too — for those looking to get a little adventurous in Tokyo, head to the recently opened Yellow Blank Market, a smaller space in Shibuya offering scant info on what is happening, but is always putting on cutting-edge shows.

Drinking and eating is always better together

When tourists come to Japan, eating and drinking is often at the top of their to-do list. Understandably so, as cities like Tokyo and Osaka house some of the best selections of restaurants and bars anywhere in the world. One catch though; trying to navigate and pick out what places one wants to indulge in can be intimidating. With so much choice, it can all be overwhelming.

The most significant development in Japanese nightlife recently has been the rise of guided tours focused on the country’s culinary and alcoholic delights. These aren’t necessarily pure party experiences — though they certainly can be — but rather the chance to learn about the best eats and drinks from locals willing to show you around.

Tours such as Magical Trip and TripJunction offer tourists coming to big cities the chance to learn about everything culinary those places have to offer. These companies offer a wide variety of walking tours for visitors to choose from based on what exactly they want to experience. Hoping to bar hop through some of Tokyo’s liveliest neighborhoods? That’s one option. Or maybe you are hoping to try out some of the best sushi in the city you are staying? Another solid option. Perhaps you want to check out more traditional offerings such as the tea ceremony? Even non-nightlife options have become popular.

This approach to discovering nightlife in Tokyo has become so common that even the local government has gotten in on it. The Shibuya Tourism Organization runs several walking tours around the area, including one that is geared towards exploring all of the nighttime offerings. It’s all conducted in English, as well.

You know something has become a bonafide trend when the city government embraces it, and odds are that tours like the ones mentioned above are only going to grow in visibility in the years to come. Though don’t worry about it getting too clean — for all the politician-approved walk-arounds, you can also turn to something like Tokyo Pub Crawl for more traditional forms of debauchery.

Tourism has changed Japan in many ways, mostly by helping open up corners of the country’s many industries that were once inaccessible to visitors coming from outside the nation. The one place where tradition still often trumps all else — even the chance for extra attention from those on vacation — is the realm of shared bathing.

Onsen (natural hot springs) and public bath houses seem like something that tourists would love to indulge in. Maybe jumping into some hot water would help get one set for a night out on the town, or soaking in the water could feel fantastic after an evening exploring the nighttime activities. Yet these venues have very strict rules, the most prominent for foreign tourists being a ban on anyone sporting tattoos. While it’s possible to get around this by temporarily covering up your ink, many other spots just won’t let you get in the water. Given how commonplace tattoos are abroad, this is a real missed opportunity.

A few onsen and public bath houses have made the change to allow those with tats to take a dip. Nippori Saitoyu, for example, welcomes folks covered in body art with open arms, making it one of the better places to experience neighborhood shared bathing in the capital. Every place has its own rules, but slowly but surely more are starting to open up to this. The pace is slow, but you can also see a more international shift by just how many onsen and bath houses now offer instructions on what to do in English (and other languages). 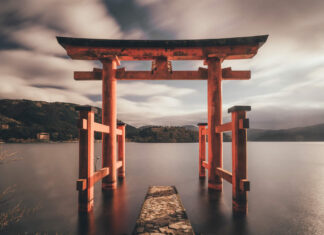 Digital Nomad Visa to Japan: What Kind of Visa Can You...

Know about the visa requirements and what type of visa to get to help you pursue your digital nomad life in Japan.

The 10 Coolest Coworking Spaces in Thailand For Digital Nomads

Digital Nomad in the Philippines – An Ultimate Guide

LIFE AS A DIGITAL NOMAD

10 Digital Nomad Events Around the World 2022

The 10 Best Coworking Websites to List Your Workspace In

The 3 Awesome Surfing Websites for Every Surfer!

The Popular Digital Nomad Retreats around the World

Digital Nomad Visa: What You Need to Know

Digital Nomads: The Future of Travel

The Coolest Co-Working Spaces in Asia For the Digital Nomad

Digital Nomad Co-Traveling In Asia: What to Expect

The Era of the Luxury Digital Nomad

How to Live as a Slowmad

TheDigitalNomad.Asia is a digital magazine for the Nomad community in Asia. As digital nomads ourselves, we would like to share valuable information on "life as a Nomad in Asia". That includes: The best co-working spaces, the best tropical views and everything any newbie or a savvy Nomad needs to know. We welcome you to enjoy our content and ask you to have fun!